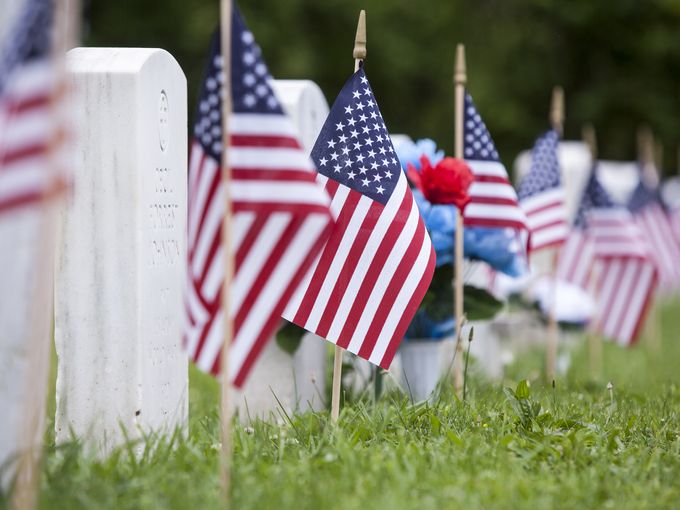 A crowd of more than 100 gathered under gray clouds Monday at Beech Grove Cemetery to honor veterans who’d died this past year, as well as those buried there for much longer.

With American and POW-MIA flags fluttering in the breeze at half-staff overhead, city and cemetery officials greeted a crowd that included all ages, from families with young to older veterans leaning on canes and proudly wearing insignia of their branch of the service. 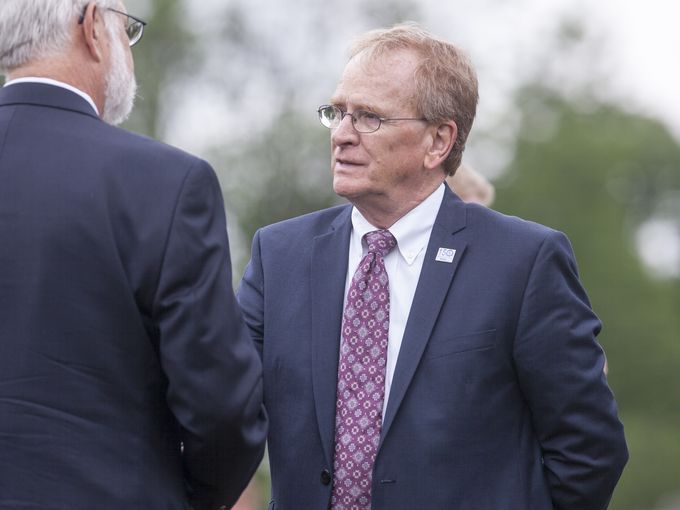 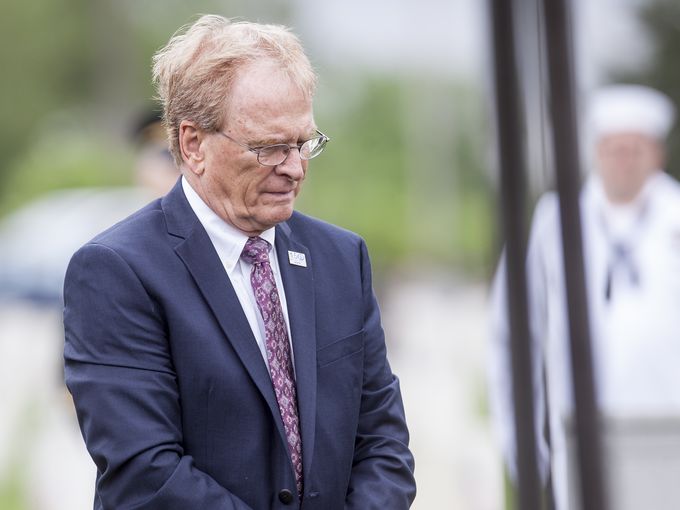 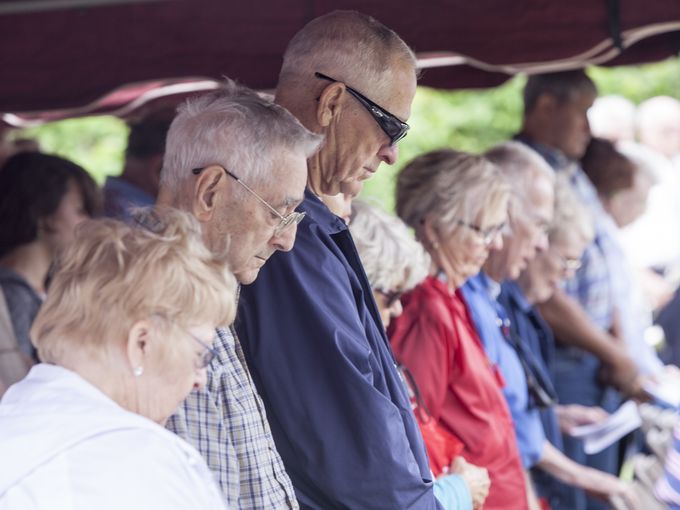 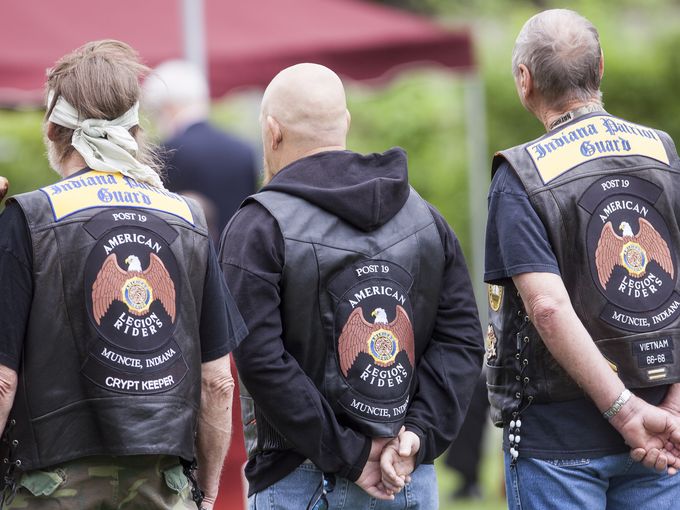 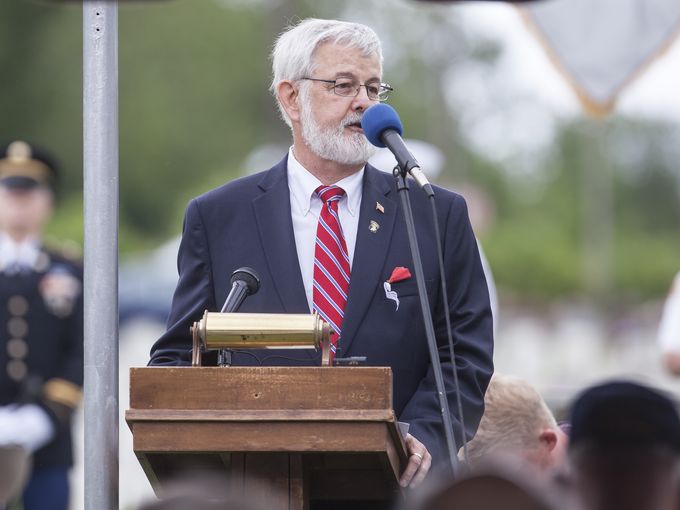 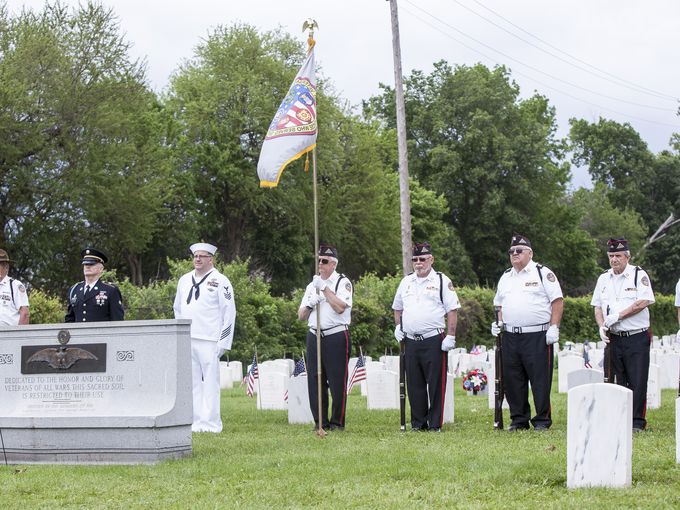 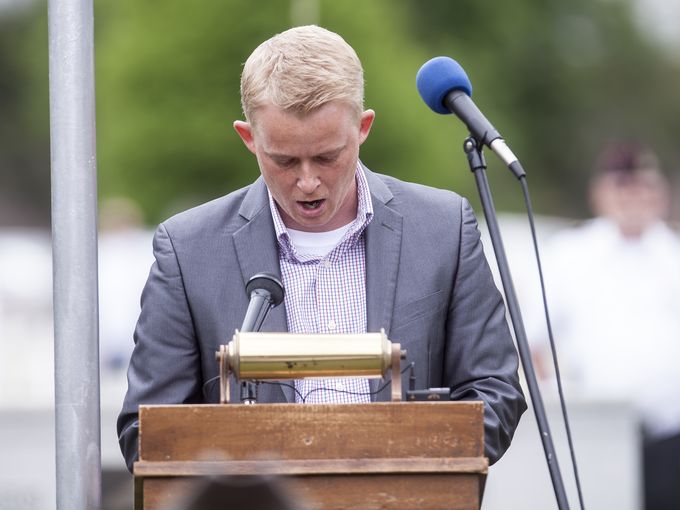 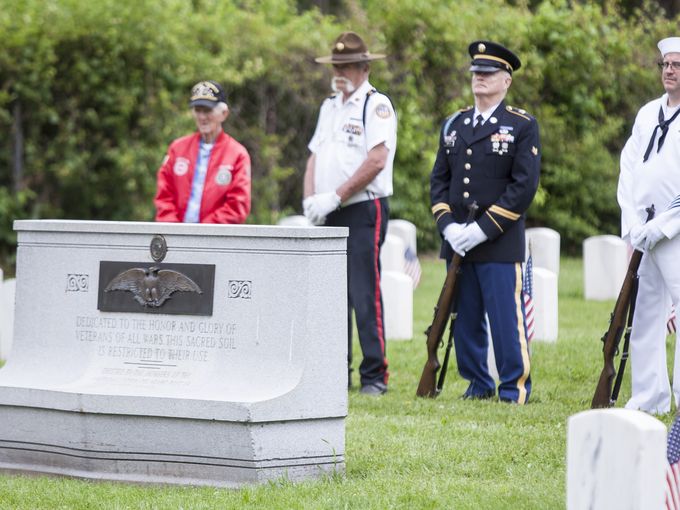 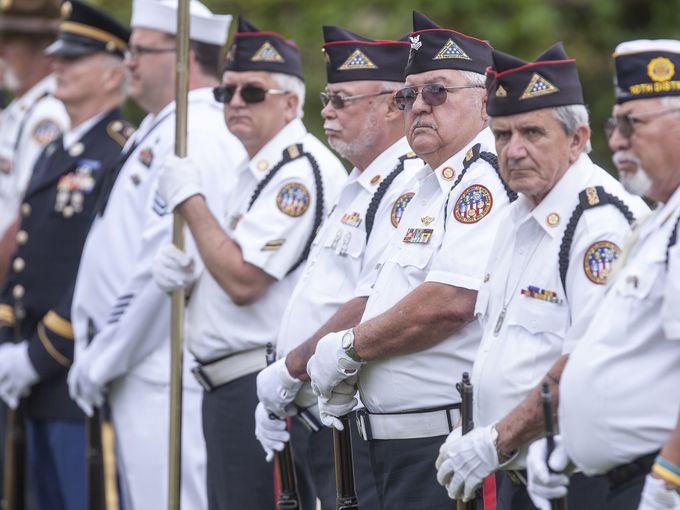 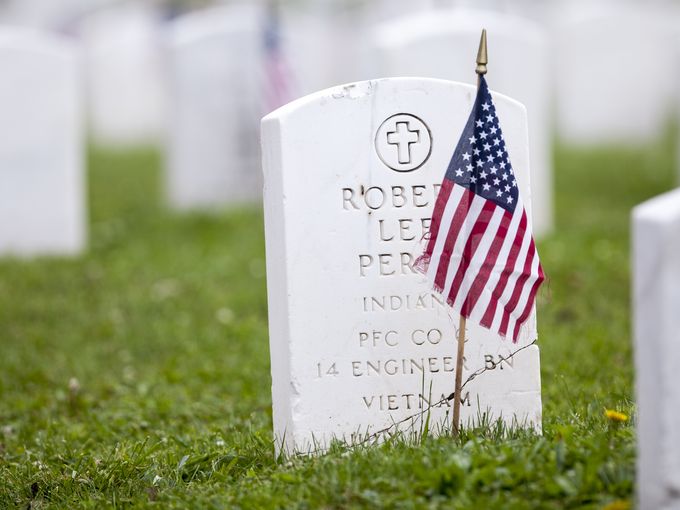 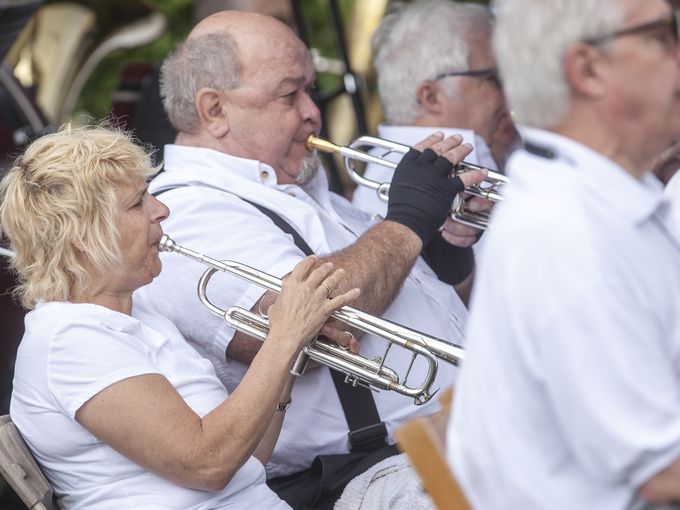 Guest speaker Dave McGalliard, a retired teacher and a Vietnam veteran from the 101st Airborne division, urged “the greatest of thank-yous” for military members, but also encouraged gratitude toward others who serve in other ways, such as emergency responders, teachers, social workers, “anyone who puts you before themselves.”

Still, he singled out military members for particular recognition, noting they sacrificed their youth, their family life and at times their lives: “Our servicemen and women deserve your undying loyalty,” McGalliard said.

He also urged the crowd to honor the dead, both military and civilians, by being active, informed citizens of the United States, by voting and knowing about the candidates for whom they vote. “We are blessed nation,” McGalliard said, noting that people in some other countries must — and do — risk their lives in order to vote in democratic elections.

Amid the rows of white gravestones in the American Legion Section of the city cemetery, Nate Jones, veteran affairs officer for Delaware County, solemnly read aloud a list of 22 military veterans buried at Beech Grove since Memorial Day 2014,

During a medley of patriotic music performed by America’s Hometown Band, as the song for each branch of the armed forces was played, veterans of that branch stood and the crowd applauded.

The service ended with a rifle salute by the Delaware County Honor Guard, and an echoing rendition of “Taps.”

Need to make an online payment for services rendered? Please click the button below and use PLC#: 7481 for reference.
Pay Now