A HISTORY OF BEECH GROVE CEMETERY

The rich heritage o f Beech Grove cemetery has often gone unrecognized and has been allowed to sleep quietly as the city of Muncie grew up around it. This hallowed area contains more history ofMuncie and Delaware County than any other area. The rich and poor, famous and ordinary, and those whose dreams were fulfilled or shattered with war, all lay side by side here.

Far larger than most cemeteries Beech Grove contains a pioneer section, an ornate Gas Boom section, a Jewish section, a Catholic section, several areas for the poor and thousands of military burials. The 151-year-old cemetery contains many ornate family mausoleums and monuments of Muncie’s .early industrialists, and there are also modern sections, which include a 150:’crypt mausoleum and land for burial sites for many years to come.

Municipally owned, it is operated by a superintendent and board of trustees appointed by the city council. It was the only significant cemetery in Muncie for nearly a century and covers 100 acres with approximately 41,000 burials.

The cemetery’s site along the White River must have been a beautiful spot, because the first white settlers found that the Delaware Indians had chosen a portion o f it for a sacred burial ground. Large clumps of Beech trees along the river bank lent it the name Beech Knoll. Later, when the small village known as Munceytown was formed, picnics and gatherings were held there as described in the History of Delaware County, Indiana, by Frank Haimbaugh quoting Reminiscences ofNathaniel Fuller Ethell, 1913 newspaper publisher.

Political rallies were made attractive with barbecues. An ox was killed and roasted near long strings of tables in the grove west of town—now part of Beech Grove cemetery. The women of town and country supplied the pies and cakes, bread, pickles and other comestibles, and waited upon the hungry partisans gathered thither from all parts of the county. The country people came in delegations, with banners, fife and drum, cheers and voicings of malediction upon the opposite party.

Minus Turner, a brick maker and builder, settled in Munseytown in 1829. He described the early graveyards as follows:

The first burying-ground was located in the east part of the town, on the north side of east main street, east of Beacon street. This was not a private burying ground but a public one. The next burying place was located on the north side of Adams street, west of Franklin, running back to the alley, containing about the equivalent of two town lots. The graves were on Adams street, none on Jackson. It was cut out in the woods and was therefore surrounded by timber. I had my wife and two children buried here. They, as well as most of the others, were taken up and moved to the new cemetery. The piece of ground located on the river, in the new cemetery, was either purchased or donated by a man named Loutz, and the two additions were afterwards located. 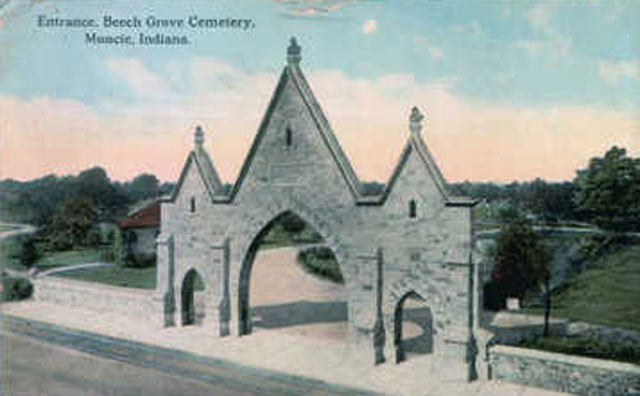 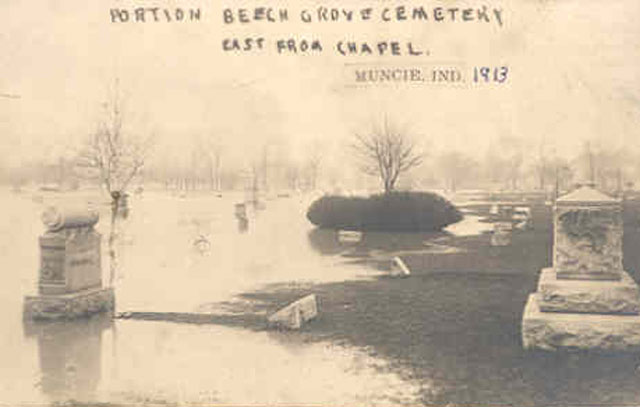 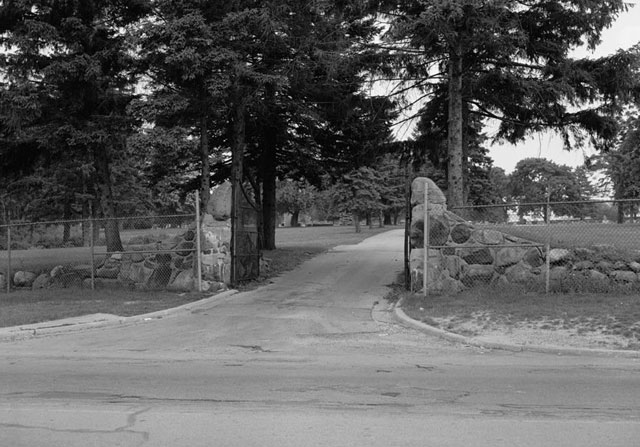 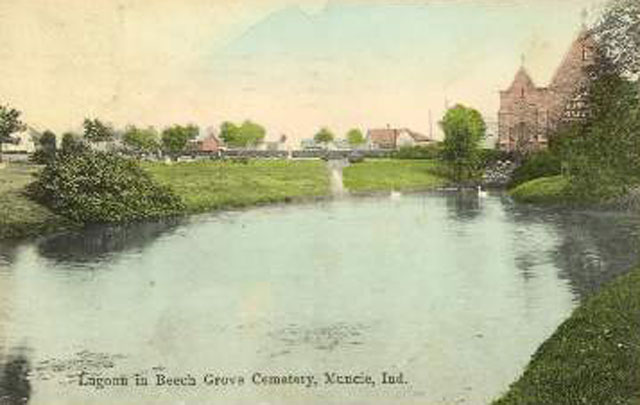